What a busy few weeks we have had in  the sports department.
Firstly the boys from 5th & 6th took part in the Aviva 5-a-side soccer tournament which kicked off with the West Finals in Newcastle West in March. The boys emerged clear winners from this and progressed onto the County Finals which took place in Sean Choill, Corbally, Limerick. The boys took on teams from all over Limerick on the day and their spirit, determination and teamwork saw them go on to become county champs.
Next stop was the Munster finals, again held in Sean Choill. The boys played teams from Cork and Waterford and progressed through to the Munster final where they played Ballyneale NS from Tipperary. This was their toughest game and they were faced with stiff competition. The boys played their hearts out and their courage, sportsmanship and fantastic skill were a credit to them. However, it was not to be their day and unfortunately the Croagh N.S. team emerged as the runners up. That said, it was a fantastic achievement for such a small school to reach the Munster finals. Well done to all the boys involved. We could not be prouder of you all. Sincere thanks and gratitude must be expressed to team manager Mr. D. Shanagher without whom the boys could not have progressed so far in the competition. Thanks to all the supporters and drivers who assisted in any way.

Next stop was Colaiste na Trocaire in Rathkeale where the boys from 4th, 5th and 6th competed in the Pat Butler Cup. This took the format of an eleven a side hurling blitz. Croagh played a number of teams on the day and emerged winners of their group. The boys progressed to the final where they met St. Joseph’s N.S., Rathkeale. This was the second year in a row that these teams met in the final. A thrilling final ensued  and it was Croagh’s day. The team returned home with the Pat Butler Cup in hand. They received a fantastic welcome from all the staff in Colaiste na Trocaire and without doubt had a truly enjoyable day.
On a final note the boys from 4th, 5th and 6th will compete in the Division 1 West 13-a-side hurling final in Mick Neville Park on June 7th where they will play against Adare. This is sure to be a fantastic and thrilling game of hurling as it is all to play for. Watch this space!
Well done to Jack, Jack, Barry, James, Seán, Brian, Bryan, Alan, Jack, Andrew, Mark, Gavin, Pat, Gavin, Nessan, Kevin, Jack  and Daniel. 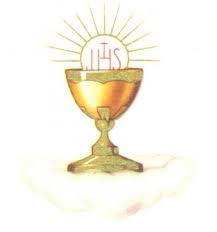 A cake sale and coffee morning will take place at Croagh N.S. on  Friday May 31st 2013 commencing at 10:30 am. A bring and buy sale will take place also. At 12 noon the winning tickets will be drawn in a raffle. Prizes include ‘Afternoon Tea’ for four people at Adare Manor, dinner for two people at The Cornstore restaurant, flights to Edinburgh and an overnight stay at Morans’ Red Cow Hotel. Many other wonderful prizes are also available.  The fundraiser will help purchase much needed I.T. resources and educational materials for the pupils. Everybody is welcome. 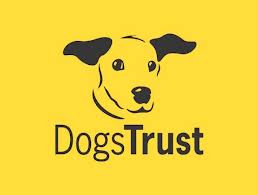 Ms. Fitzgerald from the Dogs’ Trust came to speak to all pupils in the school on Tuesday May 7th. She gave an excellent talk on caring for pets and she explained the work of the Dogs’ Trust.